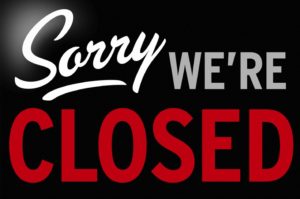 HEAVEN—January 9 At 12:01am today Eastern Standard Time God shut down heaven for business. “It’s true, I’m not happy,” he said in a tweet dated 12:02am, “In seven days I created the earth and all its inhabitants, which was no small feat. But humans are destroying it.”

Reports of rioting and looting at St. Peter’s Gate indicate frustration over a backup that — according to divine authorities — could last “a couple hundred years.”  As for now, those awaiting judgment have been asked to create two neat lines.

No one has thus far solved the waste problem, as millions of people are defecating and urinating from St. Peter’s Gate to as far as the eye can see. Several iron bars and priceless pearls have been torn from the Gate, but just as quickly restored by unseen heavenly agents.

Multiple anecdotal reports attest that Jesus was handing out free cups of water (some say wine) in a show of sympathy for the stranded.

In an exclusive interview with God, our intrepid reporter Govinda Johnson asked, “When do you expect to let people back in Heaven?”

“As far as I’m concerned, they can all go to that other place,” God said. “Look, it should be clear I’m a little ticked off. If you gave me a Rembrandt, and I wiped my ass with it, you’d be ticked off too. But since you ask, I’ll tell you what it will take.

“It will take corporations to voluntarily dismantle or open all their internal communications to public scrutiny. Trade secrets will remain proprietary, but ethical use of products and services will be subject to nonprofit oversight and public record. Next, all corporate ties to governments everywhere must be severed. They are counterproductive and at odds with each other and ultimately spell doom for the greater population. Next, I want to see the complete revitalization of natural resources. Restoration of the purity of water, land, and air to pre-industrial levels are minimum requirements before I open up them pearly gates.”

“It’s either that or mass destruction and death,” God said, throwing up his hands. “Not my fault. They did it to themselves.”

“Wouldn’t some people consider that blackmail?  What about the optics?”

“Fuck the optics. I don’t see how resetting balance to the world I created should be a problem. If it wasn’t out of kilter we wouldn’t be having this conversation. I think it was a human who said, ‘Don’t do the crime if you can’t do the time.’”

“I see. So humanity is to blame. I get it. But what’s to prevent it from happening again?”