This is part 1 in a 2-part series on food waste. Our next post will dig into Vermont’s new universal recycling law, which outlines a recovery hierarchy for food waste. 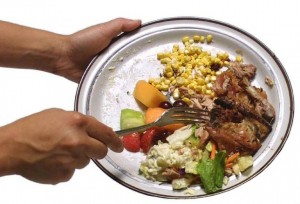 Let’s face it: it’s unsexy to talk about food waste. Who wants to hear about garbage, refuse, or rubbish?  But talk about it we must.  Two ineluctable problems loom that will affect your children and your children’s children. The first—and more immediate—is the environmental threat of dumping organic food waste in landfills produces methane, a greenhouse gas 21 times more damaging to the climate than carbon dioxide. Landfills are the largest human-related source of methane in the United States, accounting for 34 percent of all methane emissions. Hard on the heels of the landfill problem is the alarming rise in population. Nine billion people are expected to populate the planet by 2050.  How will we feed them?

Perhaps the term ‘food waste’ is a misnomer, the way ‘weeds’ are nothing more than a plant out of place.  One person’s waste might contribute to another person’s dinner. Is it possible, for example, we can help feed 50 million hungry or food-insecure Americans by somehow reclaiming what we might have previously considered as waste?

According to a 2014 study by the USDA, 31 percent—or 133 billion pounds—of the 430 billion pounds of the available food supply at the retail and consumer levels in 2010 went uneaten in the United States. The estimated value of this food loss was $161.6 billion using retail prices. For the first time, the Economic Research Service estimated the calories associated with food loss: 141 trillion calories were wasted in 2010, or 1,249 calories per capita per day. 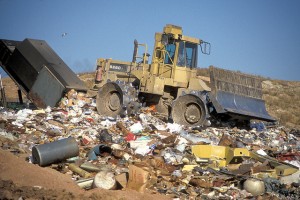 Simply put, we’re throwing out mountains of food. We’re not just talking about food that’s rotted in your crisper. The chain of food waste starts on our farms, where sometimes fresh produce doesn’t get harvested because of market fluctuations and pricing. Some farmers, for example, are unable to afford to harvest their crops when the price is too low, because it’s not profitable. Unsold fruits and vegetables in grocery stores—including excess, overstocked, and wholesome food—account for a big part of the wasted food. Additionally, ugly fruits and vegetables—fruit and vegetables cosmetically inferior to supermarket perfection—go to waste in fields. And what about food we buy that goes bad in the refrigerator?  One problem is the expiration date stamped on our food packaging. Rather than verifying if the food is still good, we throw it out.

According to Dana Gunders, a scientist with the Natural Resources Defense Council’s food and agriculture program, Americans discard 40 percent of the food supply every year, and the average American family of four ends up throwing away an equivalent of up to $2,275 annually in food.  It’s estimated that about 50 percent more food is wasted today per person than in the mid-’70s. “No matter how sustainably our food is farmed, if it’s not being eaten, it is not a good use of resources,” said Gunders.

It’s a well-known fact that tons of food is wasted daily in institutions such as hospitals, schools, and business cafeterias.  Schoolchildren will dump uneaten fruit and vegetables into the trash. Many restaurants throw out food instead of donating it because of a mistaken fear of being sued should someone, for example, get ill. The truth is, the Good Samaritan Actprotects businesses that donate food from any kind of legal responsibility.

Creating a paradigm shift in which we naturally turn to established habits, systemic solutions, and practical results is within reach. Efforts are underway at the policy level, at the retail level, and in institutions across the country. What can be done at the consumer level? The following are suggestions for what we can do in our homes now to reduce the waste stream:

It’s encouraging to think that a 15 percent reduction in food waste in the U.S. food supply would save enough to feed 25 million Americans annually. That’s food that wouldn’t go into landfills, a double-win. Experts acknowledge there is a groundswell of interest in the food waste problem. One reason is rising food costs. Another reason are the unseen costs of taking food waste to landfills, where it is either incinerated or left to decompose—both of which create their own greenhouse gas emissions.  And finally, there is the slow but increasing recognition that we could be redirecting much of our food “waste” to feed the hungry.

Talking seriously about food waste and solutions are timely and necessary for the food security of future generations. Yes, decisions makers may provide incentives and guidance to reduce food loss, but ultimately, it is up to us—consumer behavior—to make a difference and take responsibility for the use of food we purchase.

For more information on food waste and solutions:

The Future of Food: What Does Lab-Grown Meat Mean for Your Restaurant?

“Niche Marketing in the Black”