On Wednesday, January 10, 2018, I had the privilege of visiting an outstanding farm-to-table farm in Stuart, Florida. Kai Kai is a shining example of a farm-to-table smallholding using nearly organic (not certified, but practices organic care) methods — established 15 years ago by Diane Cordeau and Carl Frost, Cordeau is a former entomologist and university professor who has since put her skills and experience into sustainable farming practices. A remarkable woman, Diane is a French-Canadian ex-pat who has created an oasis of fresh, nutrient-dense produce for South Florida’s farm-to-table restaurants.

Here’s the story of Kai Kai in a nutshell, as Diane tells it: “We would stop in the Solomon Islands and the chiefs would greet us when we came ashore asking if we would like to go for kai kais, meaning gathering food,” Cordeau said. “We watched them grow vegetables in a very primitive way on coral. They were successful, and we thought, ‘We can do that.’ One thing led to another, and we decided that our future would be in farming. And now, every time there is some drama on the farm, we think about them,” she said.

These seed packets (below) are daisy-chained together and attach directly to a tractor at one end and then roll out row after row of seeded crop. Clever! 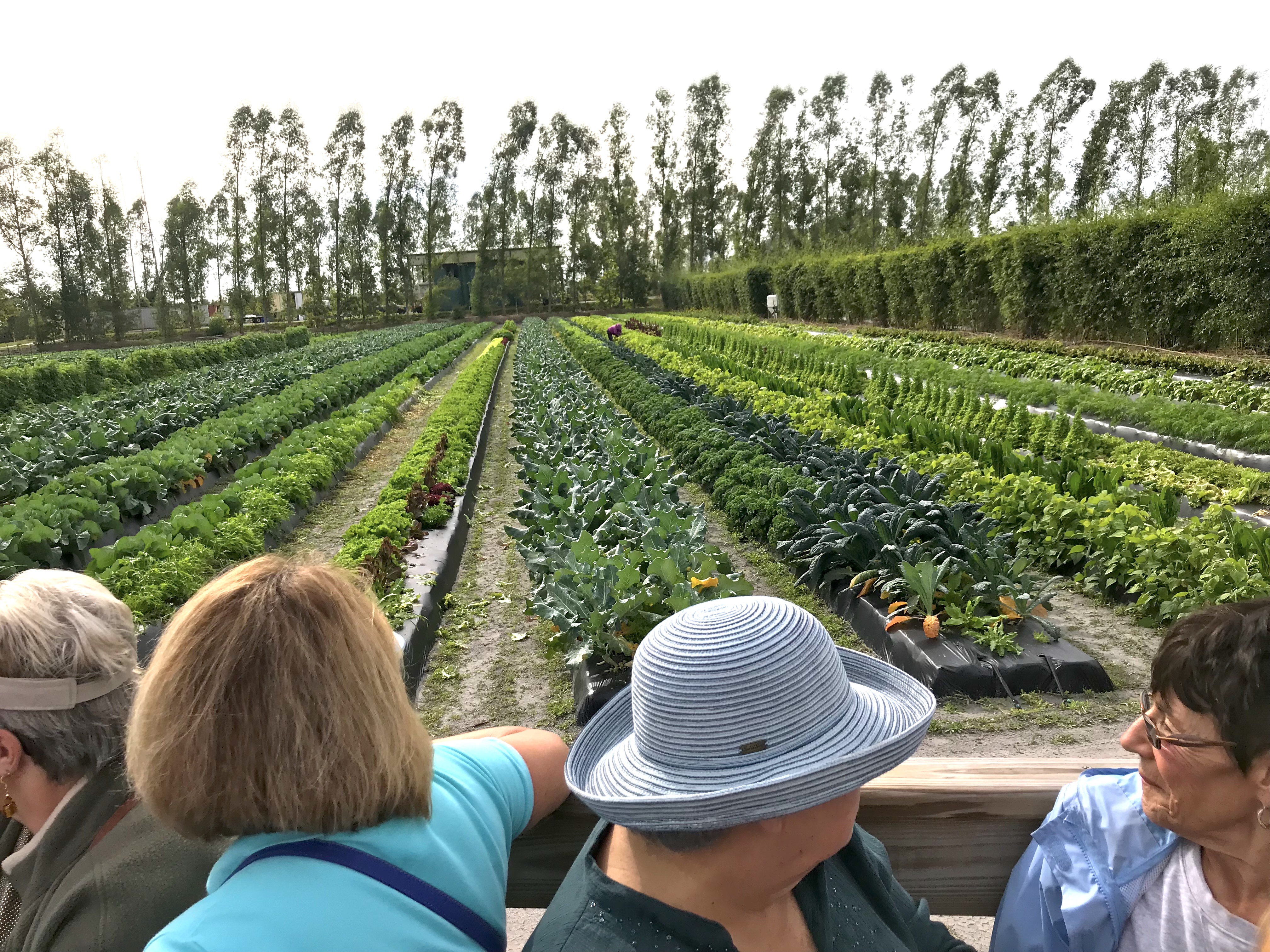 The following images show near-organic techniques. The plastic bedding comes in three colors:  white to reflect the sun, black to absorb it, and silver, according to Diane, “to scramble the brains” of a particular pest.