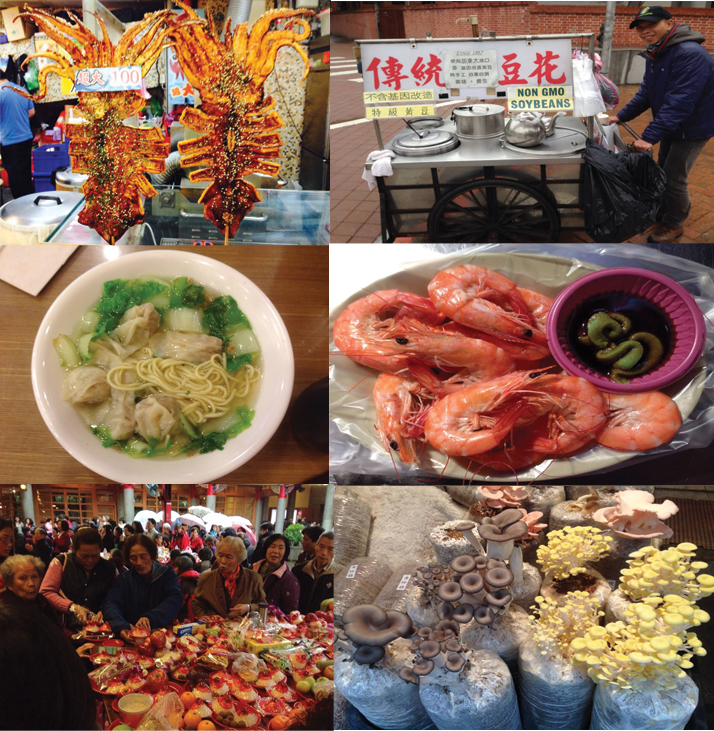 Traveling 16 hours by nonstop air travel was not my idea of a good time. My girlfriend’s son had taken a job teaching English to young children in Taipei, Taiwan after graduating from college. Three months later, we decided to visit him. To be truthful, I wasn’t certain where Taiwan was.

It would be our first trip to Asia. I always secretly wondered if I had been Chinese in a previous life, because I’ve always been attracted to Chinese culture. Especially the food. Now here I was, flying over Alaska, staring at a map, noise-cancelling headphones plugged in, wishing I had learned Mandarin. In preparation, we had watched Anthony Bourdain’s The Layover: Taipei. If you haven’t seen the episode, he ricochets from market to landmark and back again in a blue-eyed mad rush, his senses in hyperdrive, distilling his experiences into a distinctly New York colloquial collage.

As I flew into Taiwan, I took inventory of what I had learned: Taipei is the largest city in Taiwan, a small island 521 miles from Shanghai on mainland China and 1300 miles southeast of Japan in the East China Sea (otherwise known as the Pacific Ocean). Historically, the island has been occupied by the Spanish, French, Dutch and Japanese, making it a melting pot of architecture, cultural sensibilities and food. Wait, did someone say food?

As soon as we settled into our hotel and after my girlfriend’s tearful reunion with her son, the three of us set off for a staple of Taiwan: beef noodle soup. There are two styles of beef noodle soup: a clear broth, with house-made noodles, bok-choy, ginger and tender beef, or the stronger, more flavorful dark broth. Both were delicious, satisfying and a meal unto itself. And who could argue with prices ranging from $2.50 to $3.00?

Taiwan is famous for its numerous night markets. There are more than two dozen in the Taipei area alone, hawking everything from clothing, electronics and food, to cell phone accessories, touristy baubles and pets. The Shilin Night Market was a bustle of jostling people, polite though crowded, almost a single writhing organism bent on tasting as much of the fare in as short a time as possible. Taiwan is known worldwide for two distinct creations: pearl tea—chewy tapioca balls in bubble tea—which did not appeal to me, and soup dumplings, which did. In fact, soup dumplings may be an epic evolution in food development.

Simply stated, soup dumplings are dumplings with hot soup inside. But they are much more than that. They are mind-alteringly enchanting, an aromatic, cascading rush of savory, mouth-watering flavors and textures that are so good they could very well be addictive. At some point, however, the customer leans forward and wonders: How in the world do they manage to seal soup inside? What kind of chicanery and legerdemain is going on? All without making the outer shell soggy? We marveled that there are the same number of folds in each dumpling. How is this possible?

We learned the first step in preparation is to make a consommé. Then the stock is gelatinized, mixed with meat filling, quickly wrapped in fresh dough and then steamed together. Timing is key—the ingredients blend as the meat cooks, the broth reverts to liquid, and voila, you have a perfect shell without sogginess. The dumplings are served in small bamboo baskets. There are two techniques to eating: you can dip the dumpling in vinegar, nibble a tiny hole in the dumpling and let the soup drain into the spoon and then gulp it down, or you could gobble the dumpling whole, allowing it to explode in your mouth (riskier, since the soup is hot). And how do they taste? I would have to agree with Anthony Bourdain: “A deeply religious experience.”

One of my favorite things to do when traveling is to intentionally get lost. Put another way, I explore neighborhoods randomly, seeing what I can see. When I get hungry, I pop into the nearest restaurant that looks good—relatively clean, relatively full, with delicious-looking food being served. Frequently, I found myself in restaurants where no one spoke a word of English. The menu was only in Chinese. No problem—there’s an app for that! I whipped out my iPhone and scanned the Chinese words using Waygo, which instantly translated the text into English. Yum!

If you travel to Taiwan you will eventually cross paths with restaurants that offer a local delight that is somewhat less than delightful, at least to me: stinky tofu. For many tofu by itself is enough to strike fear and loathing into one’s heart, but stinky on top of being tofu? As the Bard said, “A little more than a little is by much too much.” The smell of stinky tofu has been likened to rotten garbage or manure. It is made from a brine-fermented milk, sometimes mixed with greens, bamboo shoots, herbs and shrimp. Preparation of the brine fermentation varies from a few days to a few months (that’s right, months). It is served cold, stewed, fried or steamed, accompanied by chili sauce.

I supposed it was an acquired taste, but decided it was one I would not acquire. Instead I chose to avoid the restaurants offering stinky tofu and follow the advice from The Analects by Confucius, a book of pithy Confucian wisdom I had purchased from a temple: “Confucius say, ‘Do not eat food that has turned and smells.’” Good advice. Of course he also said, “Do not keep meat overnight after a public sacrificial offering,” but fortunately I saw no such offerings during my visit.

When all was said and done, I left with a distinct feeling I had just touched the surface of the island. I knew I would return to explore the hidden back streets and alleys in search of hitherto unknown delicacies. How else could I stop dreaming of noodle soup and soup dumplings?

Expecting the Unexpected: Can your Restaurant Survive a Crisis?